Kerala is exceptional for the practice of Visha chikitsa from time out of mind. Keraleeya visha chikitsa grandhas such as Prayoga sammucchayam and Kriya koumudi point out distinctive treatment procedure for snake envenomation such as Karu prayogam, Vella prayogam, Oothu chikitsa etc. Among this most handy and easy treatment procedure, Oothu chikitsa or blowing therapy which is mentioned for immediate stabilization of the patient from severe cobra envenomation is discussed here. The present study evaluates the role of Ayurveda in emergency management. This procedure, in which three persons are made to blow over vertex and both ears for 150 times by chewing certain drugs such as Viswa, Dusparsa, Maricha and Visha vega in equal quantities are indicated in the initial manifestation of snake bite including altered consciousness. On evaluation, the volatile components of these drugs are found to act on CNS. In this era of emergency medicine, exploration of Ayurvedic emergency treatment procedure is very much important. This emergency treatment procedure can be conceptually applied in the altered consciousness other than snake bite such as altered consciousness arising due to neurological and metabolic causes, diffuse physiological brain dysfunction as seen in certain drug poisoning, alchohol etc. This study aims at application of blowing therapy, indicated in initial manifestation of cobra envenomation and helps the patient to stabilize from a level of altered consciousness in the context of altered consciousness in conditions other than snake bite. 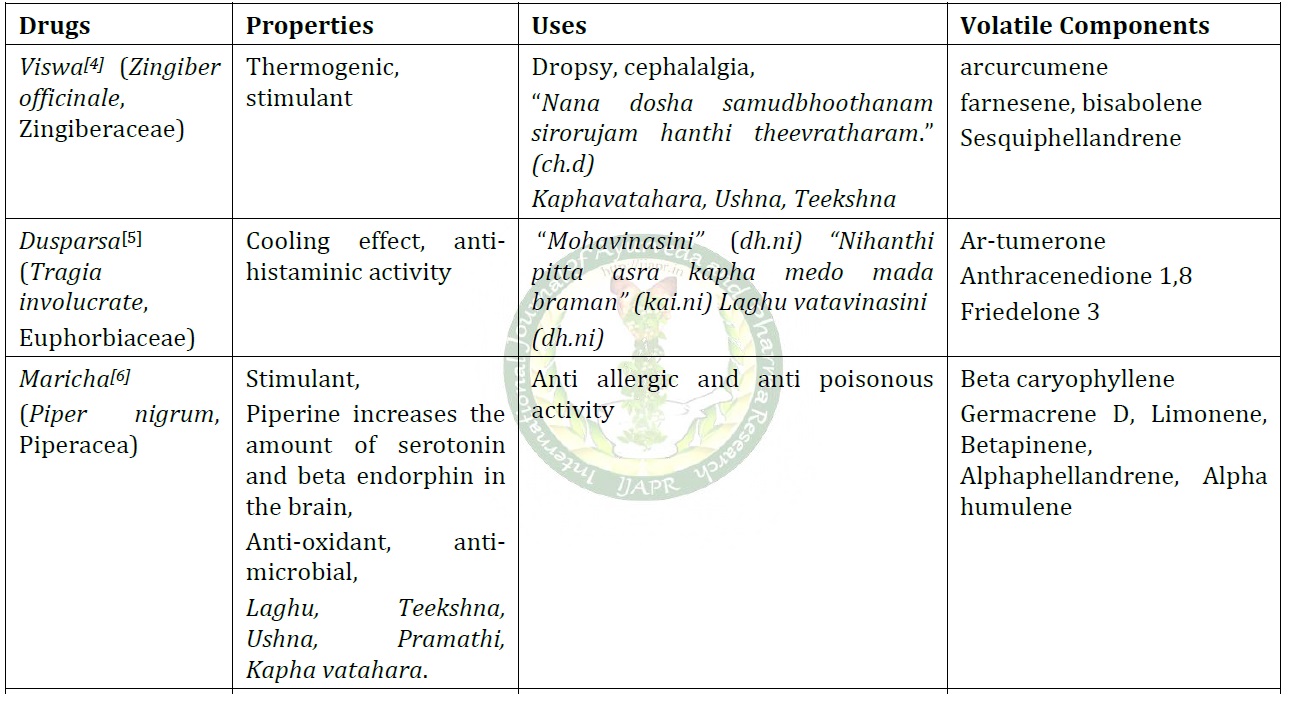