Diabetes mellitus is associated with an increased risk of cardiovascular disease, even in the presence of intensive glycaemic control. Both diabetes and insulin resistance bring about a amalgam of endothelial dysfunction and it will abate the anti-atherogenic role of the vascular endothelium. In patients with type 2 diabetes both insulin resistance and endothelial dysfunction appear to lead up to the development of undisguised hyperglycaemia. Hence, in patients with diabetes, endothelial dysfunction may be a censorious early intention for preventing atherosclerosis and cardiovascular disease. For the assessment endothelium- dependent vasodilatation Coronary and peripheral circulations are used. In Ayurveda, endothelial dysfunction can be correlated to Rakthavaha srotho dushti. There are several aetiological factors similar in both Prameha and Rakta dushti. The factors which got vitiated (Dooshya) in Prameha are Mamsa, Meda, Rasa, Rakta, Shukra, Lasika, Vasa, Majja & Oja. Amongst all Meda & Mamsa are main vitiated factors (Dooshya) while Rakta is one of the Dooshya initially. During nourishment, Rakta is nourished prior to Meda & Mamsa. Further it nourishes Meda dhatu too. Endothelial dysfunction is reversible in early stages so that many rasayana drugs mentioned in the Ayurveda can be used here. In the present review briefly outlines some basic concepts of endothelial structure and function, and its dysfunction, relation with diabetes and its Ayurvedic concepts and management. 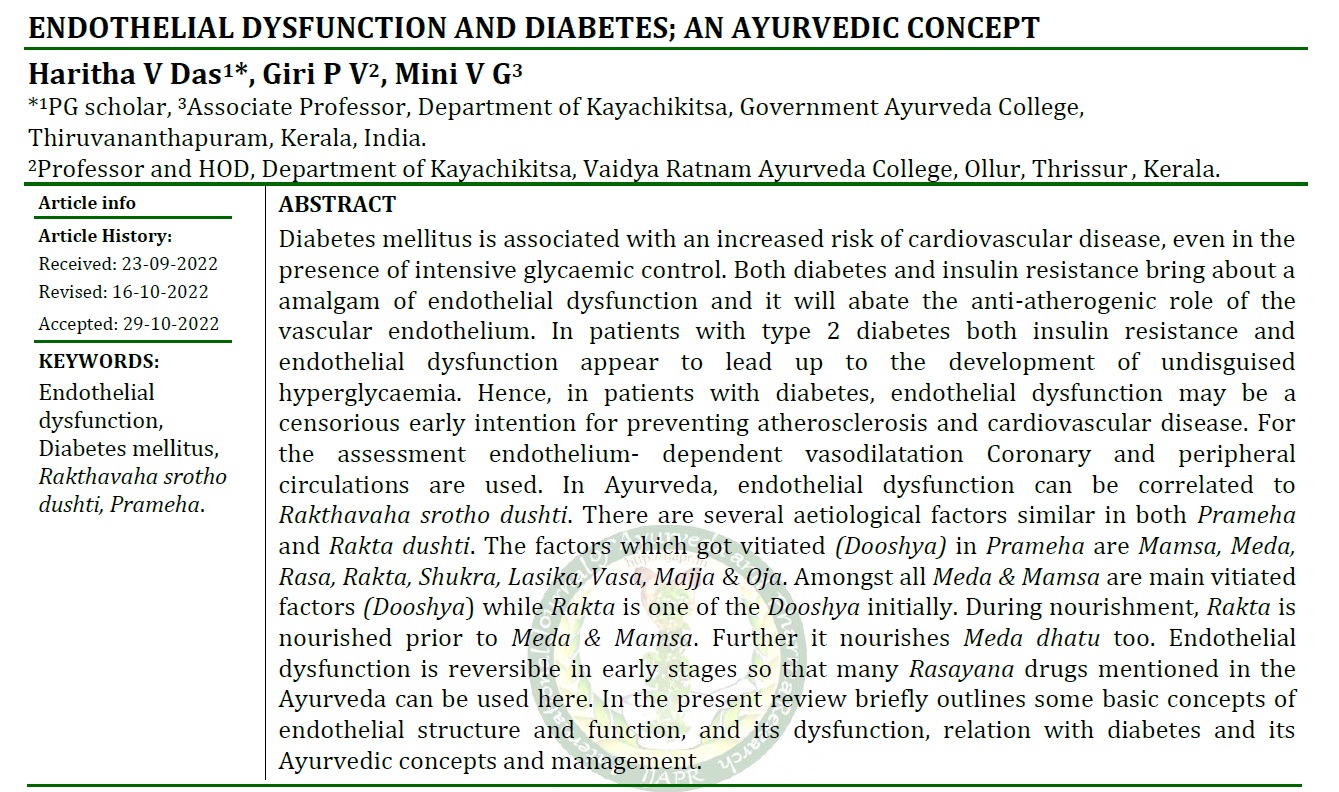