Pancha vidha kashaya kalpana are five basic medicinal preparations mentioned in Ayurveda pharmaceutics, which includes Swarasa, Kalka, Kwatha, Hima and Phanta. They are the different set of extraction procedures. Among them Kwatha Kalpana is most significant and widely used dosage form. This is prepared by boiling of drugs with water in a specific proportion. Pravahi kwatha is concentrated Kashaya obtained by boiling the ingredients in a given amount of Jala (API part 2 volume 4). Addition of preservatives in Pravahi kwatha is permitted as per API. Nayopayam Pravahi kwatha is a decoction prepared with Bala, Jiraka, Shunti in a ratio 10:2:2 (API Part 2 volume 4). Kwatha Kalpana has more chance to get contaminated with microbes as it is an aqueous preparation. Preservatives help to prevent microbial contamination. As per previous researches it was noted that the amount of preservatives in Kwatha preparation is more than the permitted limit. To determine the microbial stability of Nayopayam Pravahi Kwatha, a long-term shelf life study was conducted. Analytical parameters such as microbial contamination, colour, odour, taste, pH, specific gravity, and total solid content were assessed at specified interval. An online survey was conducted among the GMP certified companies in Kerala preparing concentrated Kashayas to collect the details of preservatives in concentrated Kashaya. As per the study it was observed that Pravahi kwatha with double the permitted amount of preservatives was stable only upto 3 months. 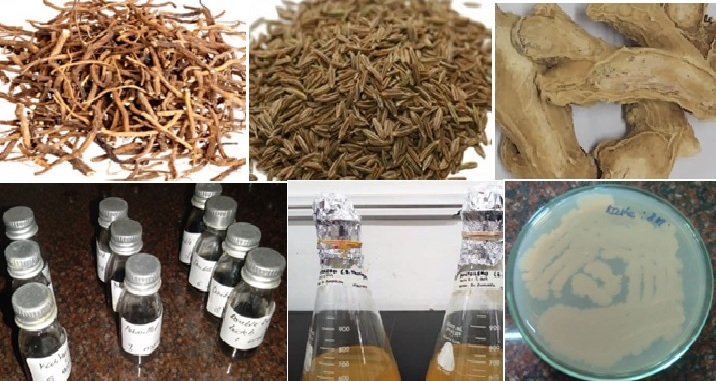