Dysmenorrhoea is the most common problem in adolescent gynaecology. It is related to significant absenteeism from school and poor academic performance. Primary dysmenorrhoea is widely prevalent in more than 50% of teenagers. Among Yonirogas udavartha yonivyapath, presents with painful menstruation and its main feature is relief of pain following discharge of blood, which is characteristic of primary dysmenorrhoea. The objective of treating primary dysmenorrhoea is to reduce pain, so that the patient is not restricted from attending her daily routine activities. Pharmacological strategies for Primary Dysmenorrhoea generally involve non- steroidal anti-inflammatory drugs or hormonal contraceptives which may have adverse effects. So, developing Ayurveda medicines with minimal adverse effects have significant relevance.

Chaturbeeja arka mentioned in Chaturtha sathakam of Arka prakasha consists of Methika, Chandrashura, Kalaajaji and Yavani. It has Soolahara, Adhmanahara and Sameerajith properties. Compared to Kashaya kalpana, Arka kalpana is required in lesser dosage, has higher patient compliance, has longer shelf life and does not require addition of preservatives. A pilot study was conducted in 5 diagnosed cases of Primary dysmenorrhoea. It was found to be effective in lower abdominal pain and associated low back ache. The current article is an attempt to explore the effect of Chaturbeeja arka in primary dysmenorrhoea. 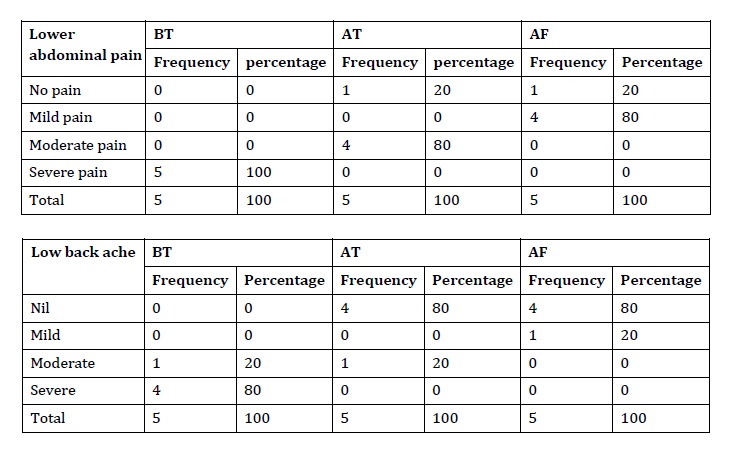