The ignorance about food and present life styles has made people at large to indulge in unwholesome food habits and regimens. Due to this lifestyle and improper diet pattern, there will be metabolic impairment leading to Amlata and Vidhagdhata of the consumed food. This is recognized as Amlapitta in Ayurveda. The Lakshanas of Amlapitta can be correlated with signs and symptoms of Non-ulcer Dyspepsia. The line of treatment as per allied science is life style changes, use of H2 receptor blocking agents and Proton Pump Inhibitors (PPI). Long term use of these antacids has shown various side effects. The patients with non ulcer Dyspepsia will have regurgitation despite of adequate acid suppression by treatment. It causes significant economic impact due to the long-term management of the disease and costs of possible complications. There is a need for a better medicine which can counter such changes and can reduce Amlata and Vidagdhata of consumed food. Medicines explained in Ayurveda have the ability to do the same. For this purpose, Vasadidashanga kwatha which is explained in Bhaishajya Ratnavali in comparison with Patoladikwatha as per mentioned in Chakradatta in the management of Amlapitta is been undertaken. Methods: In Clinical study, 60 patients fulfilling the diagnostic inclusion criteria were selected from OPD and IPD of Hospitals of South Canara and special camps conducted for the same. Patients were divided into 2 groups Group A and Group B and compared with Vasadidashangakwatha and Patoladikwatha with the standard dosage of Kwatha for a period of 30 days. Results: Assessment of the total effect of therapy was made by analyzing the data with suitable statistical tests of significance. Overall the test has shown significant result in Group A compared to Group B. Conclusion: Both Vasadidashanga kwatha and Patoladi kwatha showed good results in reduction of signs and symptoms of Amlapitta. Vasadidashanga kwatha gave better results in comparison with Patoladikwatha clinically. The statistical analysis also supported this by concluding that the improvement after treatment is highly significant in Group A (Vasadidashanga kwatha) when compared to Group B (Patoladikwatha). 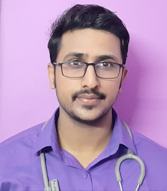