A CRITICAL APPRAISAL ON AGEING PROCESS IN AYURVEDA

Ayurveda being essentially the science of life and longevity narrates all aspects of life and puts special emphasis on Jara (ageing). The world population of the elderly is increasing and by the year 2030, older persons are projected to account for one in six people globally. Ageing is a process of unfavorable progressive changes associated with decline in vigor and ending in death. It is an irreversible and inevitable process and has multidimensional aspects. Everyone must undergo this phase of life at his/her own life. In Ayurveda, Jara (ageing) is clearly defined as that which has lost age means become old by the act of degeneration of bodily tissues and organs. It is described of two types- Kalaja jara and Akalaja jara. The Kalaja jara (timely ageing) can be regarded as chronological ageing where Dhatukshaya occurs whereas the Akalajajara (premature ageing) which occurs untimely i.e., before its prescribed time it can be regarded as biological ageing and is more intense than that of the chronological ageing. Several concepts are reported in Ayurveda regarding ageing process e.g, decade wise ageing process is described by Acharya Vagbhat and Sharangdhara. According to them one particular bodily feature is being degraded by each decade of lifespan, in the same way multiple theories are also analyzed in contemporary science. The whole biology of ageing has been dealt in present article within the Ayurvedic frame. 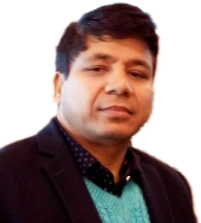