In India many dietary supplements are given to lactating mothers for sustained and ample milk to nourish their baby. Chandrashoora Payas (Garden cress seeds porridge) is one such recipe given to nursing mothers to increase lactation. Objective: This study is planned to assess the role of Chandrashoor Payas as a dietary supplement in lactation deficiency (Stanyakshaya), taking control group of Shatavari Powder and milk to ascertain which is better. Shatavari powder is taken as a control group since it is a clinically proven galactagogue medicine in Ayurveda. Material and Methods: Total 64 lactating mothers diagnosed with lactation deficiency were screened for clinical trial, out of which 60 patients fulfilled the inclusion criteria and included in the trial. Selected patients were divided randomly in two groups by a simple random method. Study group was administered Chandrashoora Payas 100ml in morning; and the control group was with 5gm Shatavari powder with 100ml milk for 45 days. Follow up visit was on every 15th day. Estimation of milk production and infant weight gain were assessed by comparing difference in grades.

Observations and Results: Study revealed that both Chandrashoorapayas and Shatavari and milk produced significant improvement p< 0.001 in most of the variables and were comparable in reliving all the symptoms of lactation deficiency. On comparison both the drugs show similar effect.

Conclusion: No adverse effects were observed in the trial group, as safety parameters were within normal limit during the study and overall compliance to the treatment was good. Both the interventions were comprehensively effective in management of lack of lactation. Chandrashoorapayas is a dietary supplement which gives similar results as Shatvari which is a medicine. 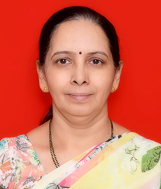